True Lacrosse is thrilled to announce that in Summer 2020, we will be taking a U19 team to Limerick, Ireland to compete in the 2020 World Festival Tournament, the novice event run alongside the World Lacrosse Men's U19 World Championship!

The True U19 International Team roster will be comprised of boys from any of True Lacrosse's 16 member states. As proclaimed by the World Festival Tournament Director, players are eligible to be rostered if they are born on/after January 2, 2001.

This trip will be a combination of both lacrosse and cultural experiences.  True U19 International will compete at the highest level against U19 teams from all over the world -- other teams currently registered come from countries such as Ireland, Germany, China, Turkey, England and more! The team will also be able to watch both qualifying the games and the World Lacrosse Men's U19 World Championship game.  Simultaneously, players will have the opportunity to explore the beautiful, culturally rich country of Ireland -- excursions such as Cliffs of Moher, historic Limerick and Galway! 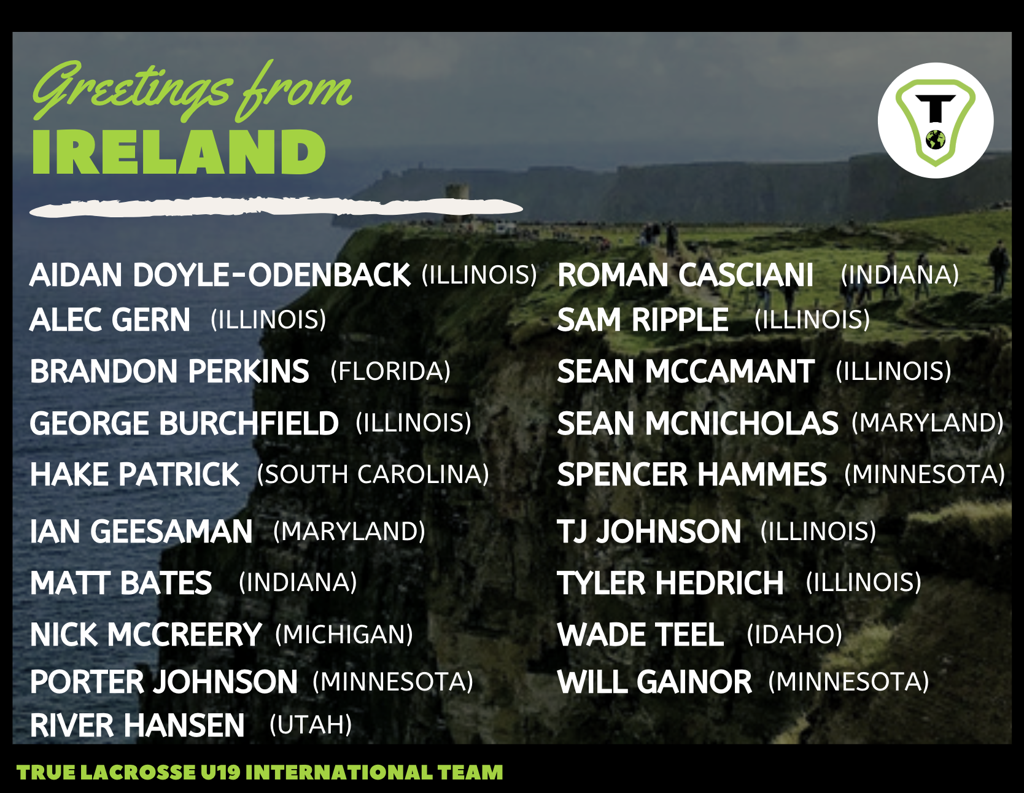 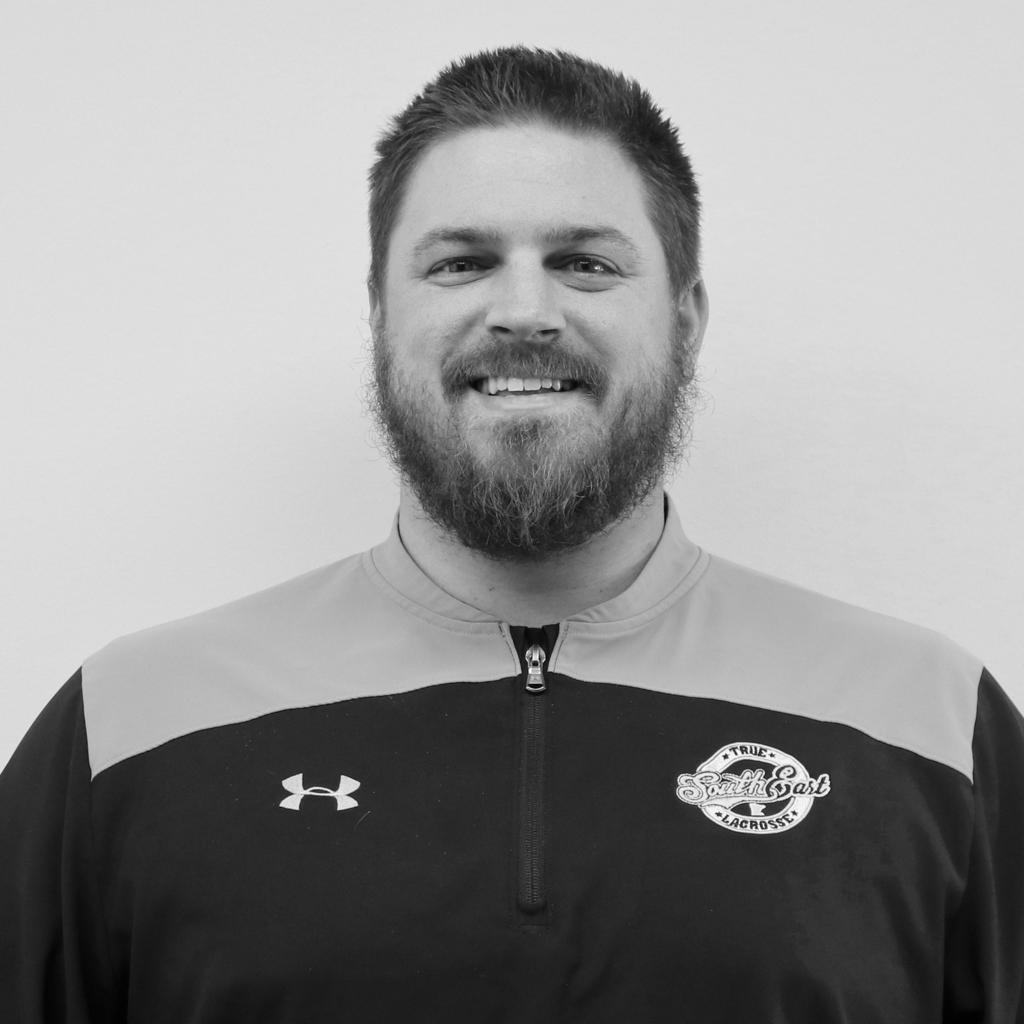 Coach Ancona was an All-Section and Long Island All-Star in both football and lacrosse. After high school, Ancona was recruited to play lacrosse at Division 1 Hobart College. There, he excelled as a face-off specialist and defensive midfielder. After two years of Division 1 lacrosse, RJ transferred to Stevens Tech, a top Division 3 program. At Stevens, he lead the team to one conference championship, one ECAC championship, and two NCAA tournament appearances, and was part of the number one scoring offense in Division 3 in 2006. Ancona was awarded with the Stevens Coach’s Award, named an Honorable Mention All American, and an All-Conference player. 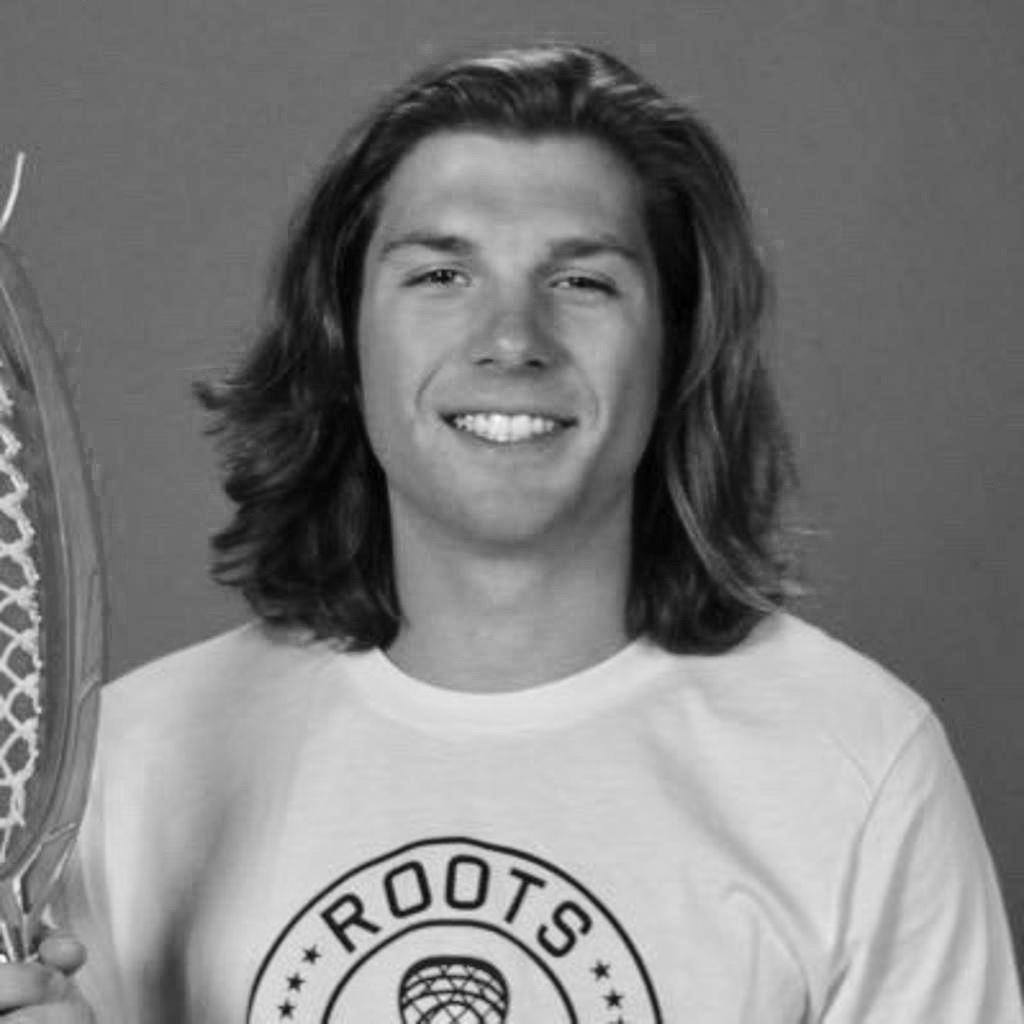 Coach Froehlich serves as Director of True Ohio - Cincinnati. His coaching career began in 2011 with the Cincy Royals. As an inaugural player of the Royals Club and All-State goalie at Indian Hill High School, AJ went on to play for Drexel University (DI). In addition to coaching the Royals for the past 8 years, AJ has served as the Assistant Head Coach at Indian Hill for the past four years. AJ currently lives in Cincinnati and will enter his third year as a Middle School Teacher at Cincinnati Country Day School. 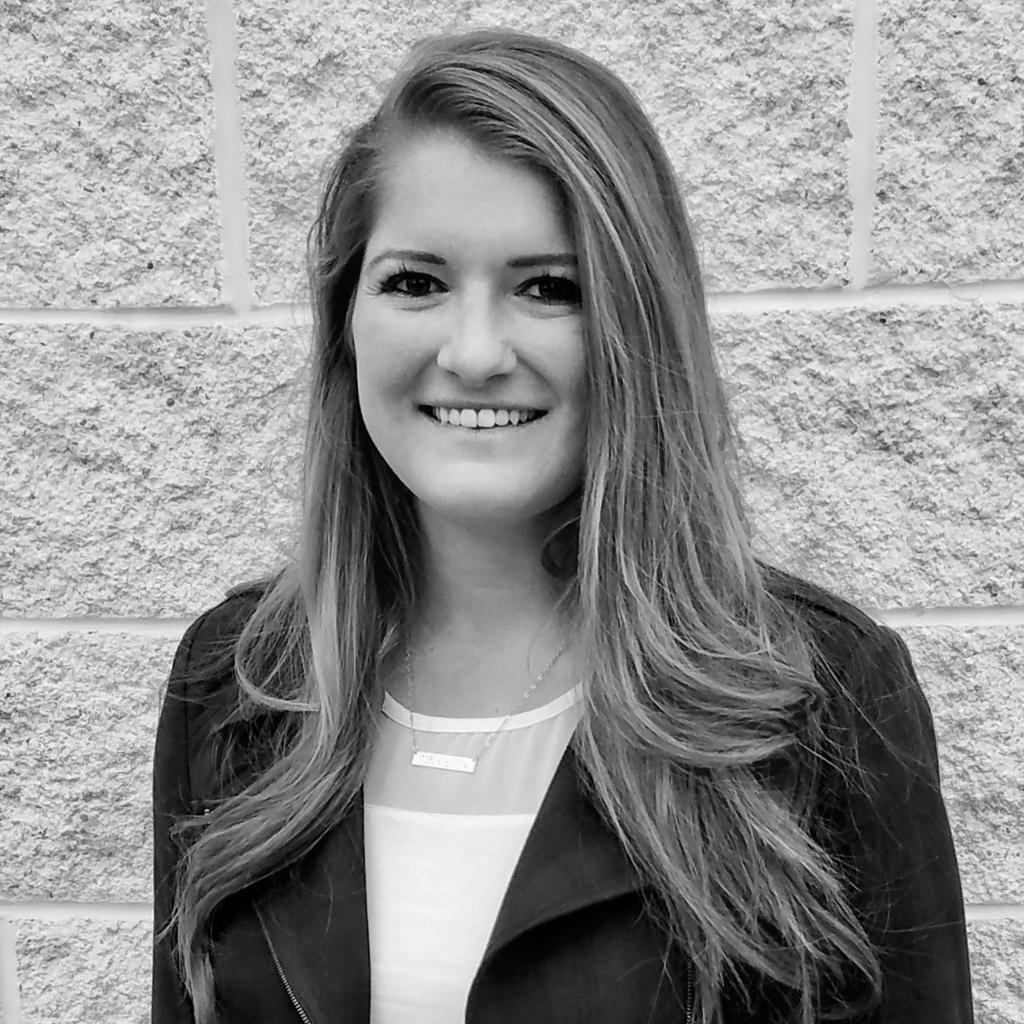 With extensive experience working in youth, collegiate, professional, and international men's lacrosse programs, Elberti has been involved with organizations such as United States Naval Academy Men's Lacrosse, US Lacrosse, Inside Lacrosse, and even abroad with Ireland Lacrosse in Dublin.

Katharina will be leading the team and abroad and coordinating all travel logistics. Please reach out with any questions to kelberti@truelacrosse.com

Who is Eligible?
Any current member of a True Lacrosse Boys Program who was born on/after January 2, 2001 is eligible. We will have a 24-man roster.

Can I still play for my True program?
Yes! Similar to True National, rostering on the True U19 International Team will not disqualify you from playing with your normal program.  However, you will be abroad July 12 - 19, 2020 and must therefore miss any tournaments/events your team has on those dates.

Parents Attending & Chaperones
Parents are welcome to attend, but will be responsible for their own trip logistics. However, the team will be chaperoned with 3 True Lacrosse Coaches & Personnel, and 1 WorldStrides Representative, so parents are not required to attend.

Do I need a passport?
Yes, you will need a valid passport issued by the United States of America that does not expire before September 2020.

College Credit
All players who attend are eligible to receive up to 3 college credits.